This Morn' Omina - The Roots Of Saraswati Book 2-CD

With "The Roots of Saraswati", THIS MORN' OMINA add a new, dark facet to their already impressive catalogue. The latest album by the Belgian tribal industrial pioneers can be seen both as a continuation of their previous work as well as a welcome expansion of their stylistic palette.
The broadening of their musical horizon is partly due to Karolus Leroq having been replaced by IVARDENSPHERE drummer and electro-musician Scott Fox. The Canadian from Edmonton arrived with new sound elements in his bag when he joined THIS MORN' OMINA. This line-up change resulted in the current tracks offering an increased compositional depth and a darker atmosphere compared to the previous album "Kundalini Rising" (2017).
The organic structures of the current songs put more emphasis on the tribal heart of the Belgians, while their psychedelic trance influences shining through on their previous albums have been audibly trimmed back. The extremely well-honed production of "The Roots of Saraswati" seamlessly blends driving atmospheric electronics with organic percussion, which will also prick up listeners' ears.
Lyrically, THIS MORN' OMINA remain true to their fascination for the spiritual traditions of the Indian subcontinent on "The Roots of Saraswati". In Hinduism, the name "Saraswati" ("The Flowing One") represents the goddess of wisdom, art, and learning, yet also denotes a mysterious river from which knowledge, inspiration and divine grace spring. In Hindu teachings, "Saraswati" is also used as a term for scholars and seekers of truth. All the aspects of this word contain an element of flowing and profound transcendence as a common theme, which also defines the content of the new album, musically, lyrically, and in the artwork as well.
"The Roots of Saraswati" irresistibly call to the dancefloor via hypnotic club hits such as 'The Mongoose King' and 'The Nothing Space'. Yet after several spins, the raw percussive power and cinematic scope of mid-tempo tracks like 'Vadavighni ("The All Consuming Fire")' and 'Nepenthe' starts to grow into focus. The coup de grace is delivered by the soothing chords of 'Song of Elo'im' that could have had a starring role on a John Carpenter soundtrack – seasoned with a tasty industrial dash.
The impressive evolution of THIS MORN' OMINA finds a perfect outlet with the hypnotic and varied tribal industrial masterpiece "The Roots of Saraswati". 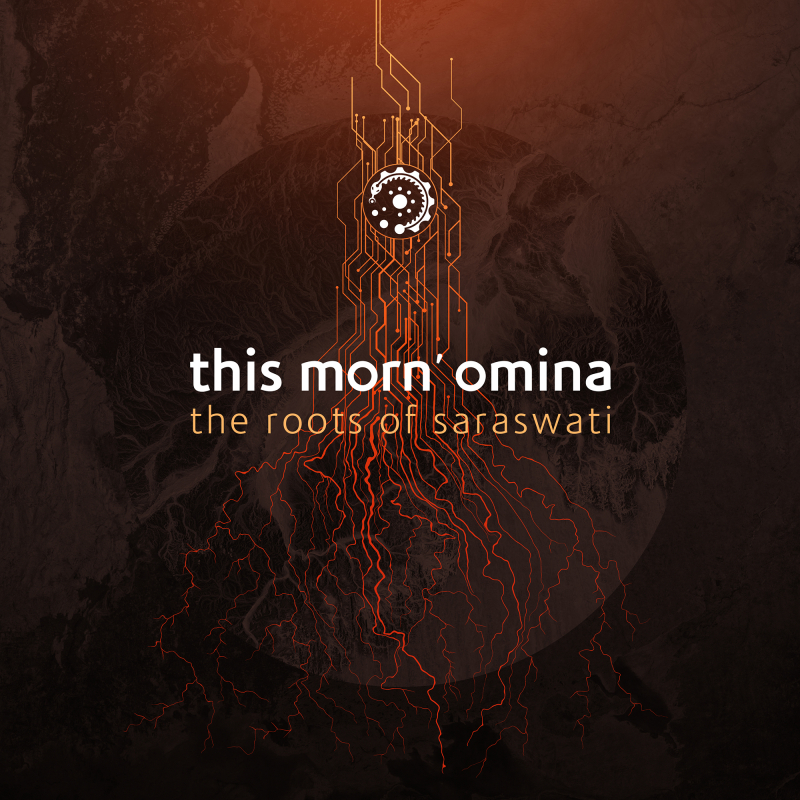 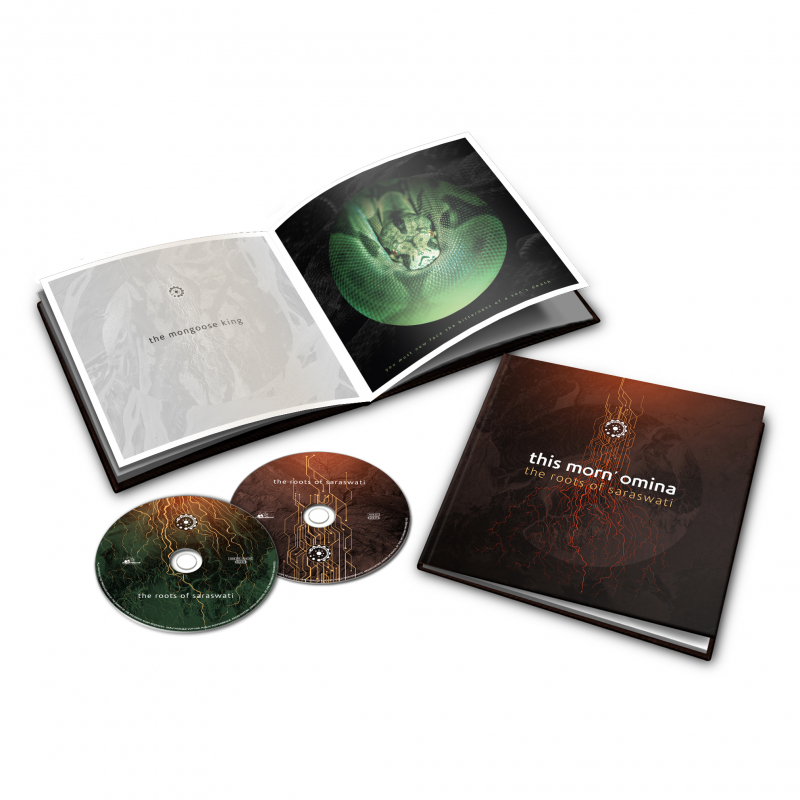 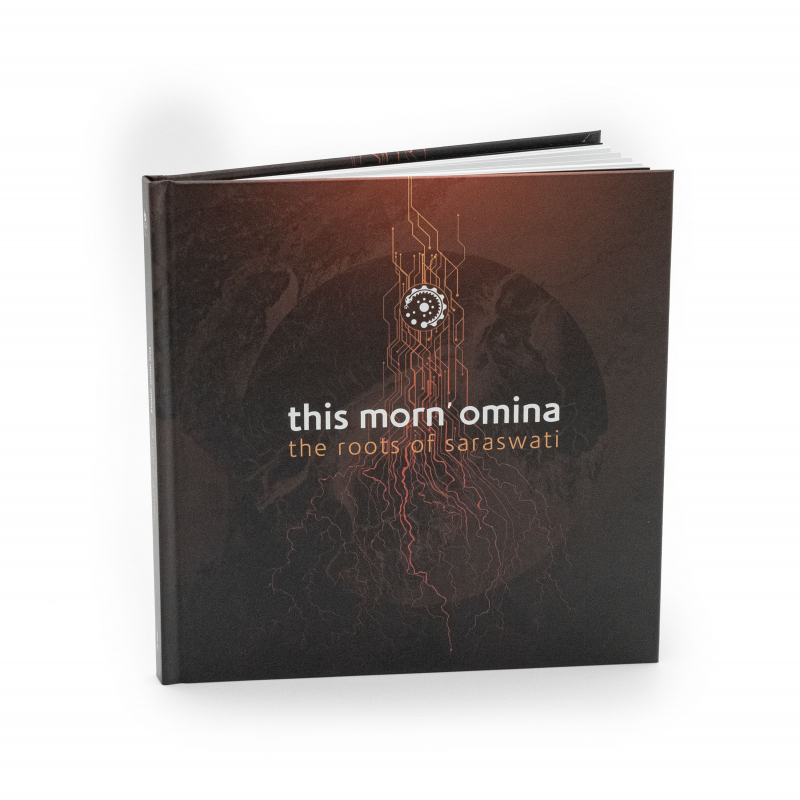 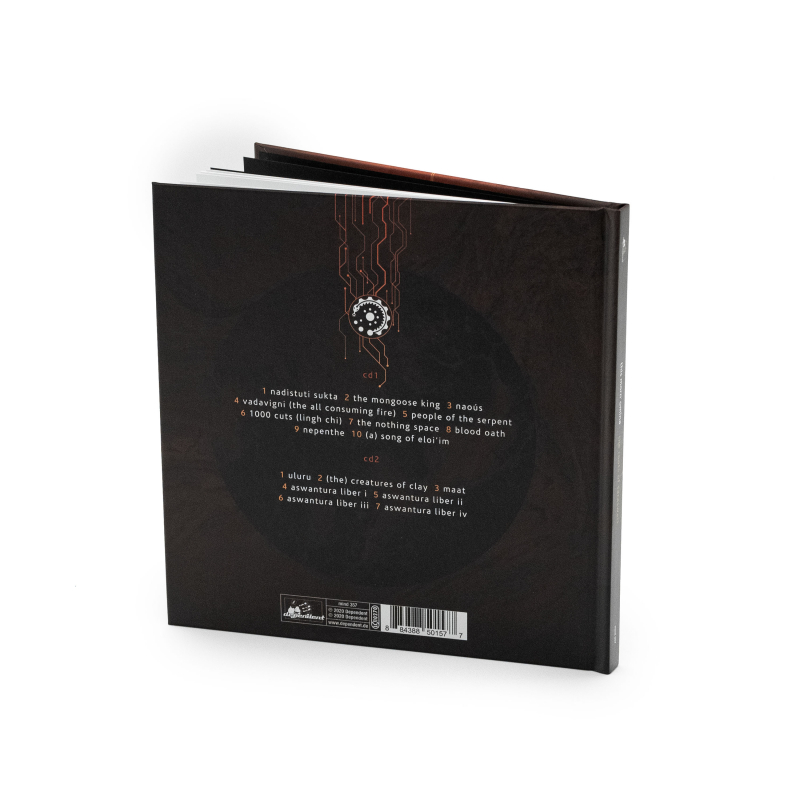 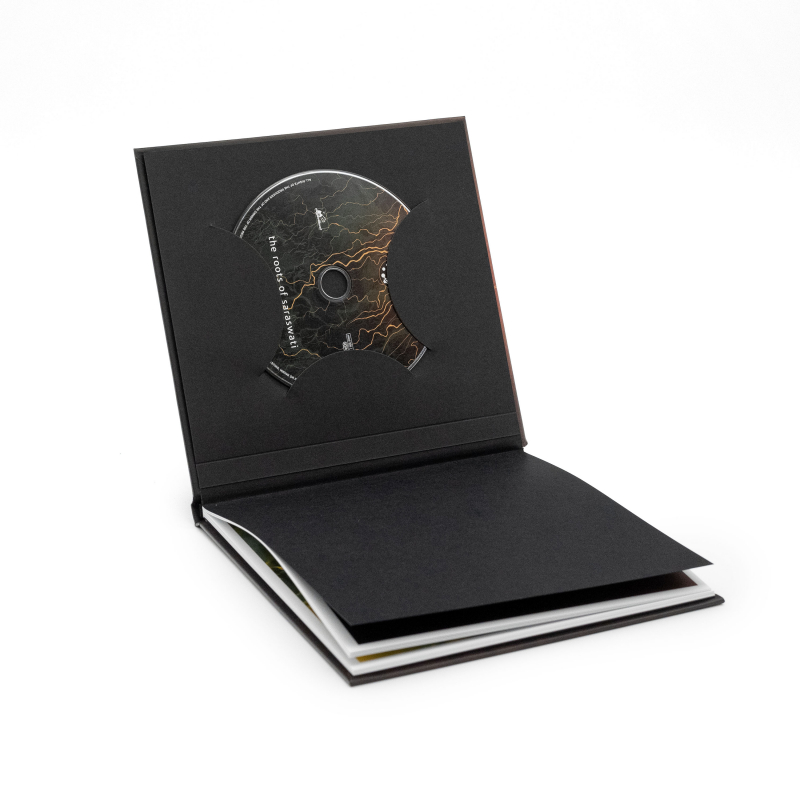 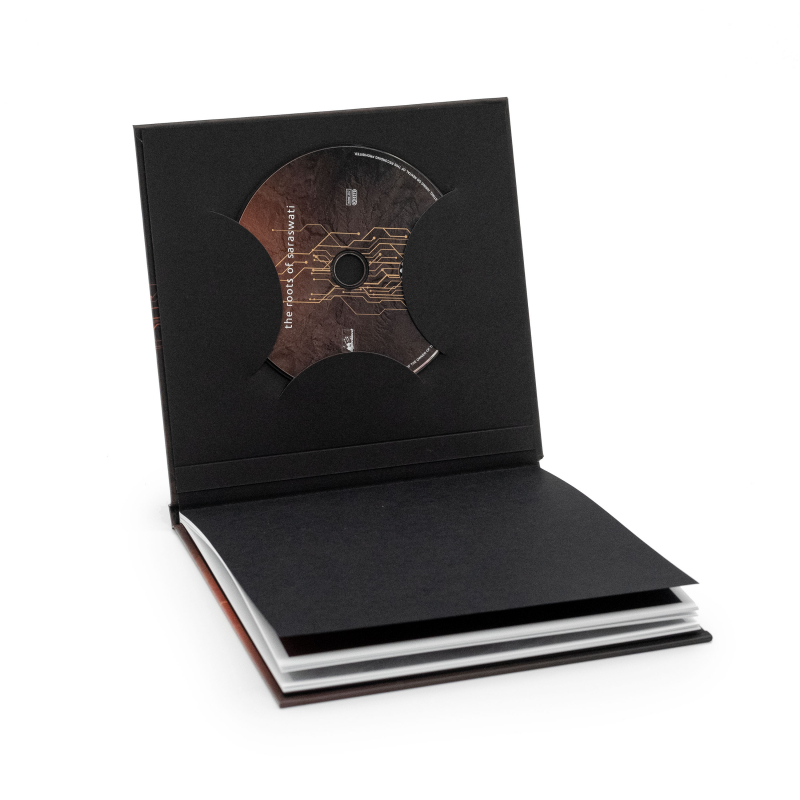 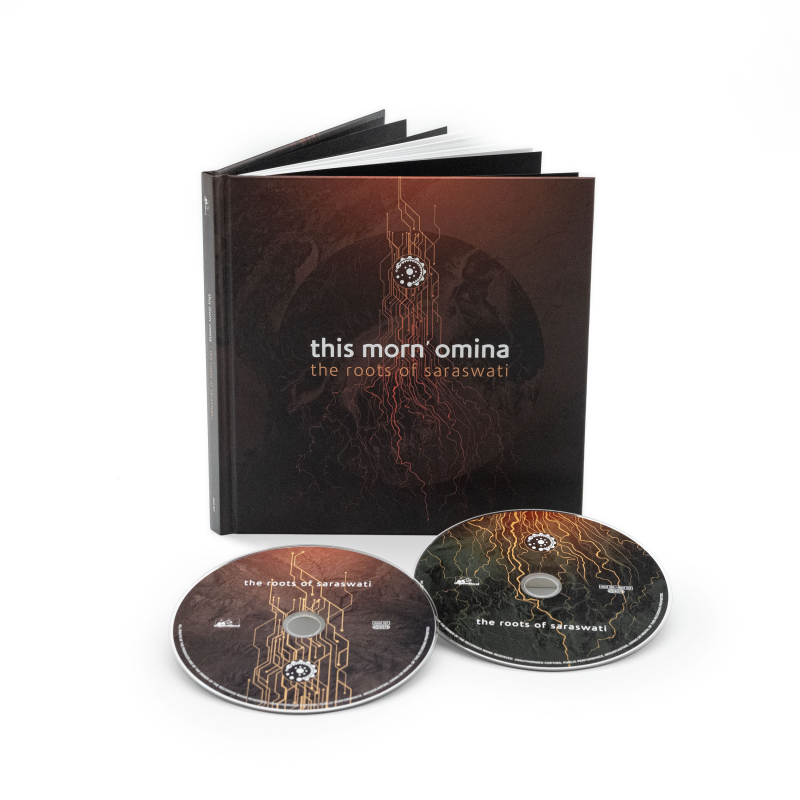 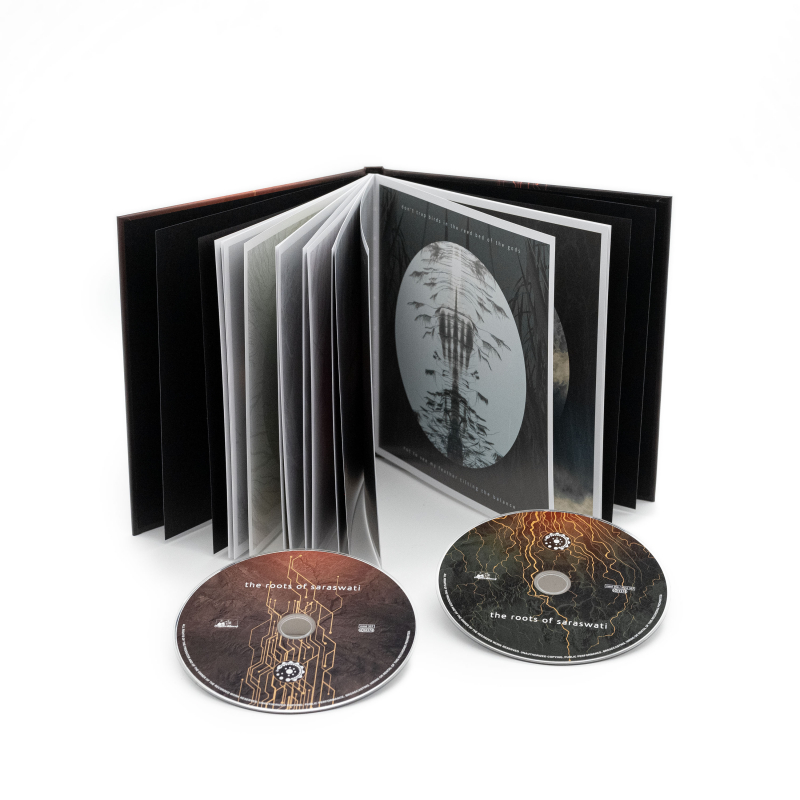 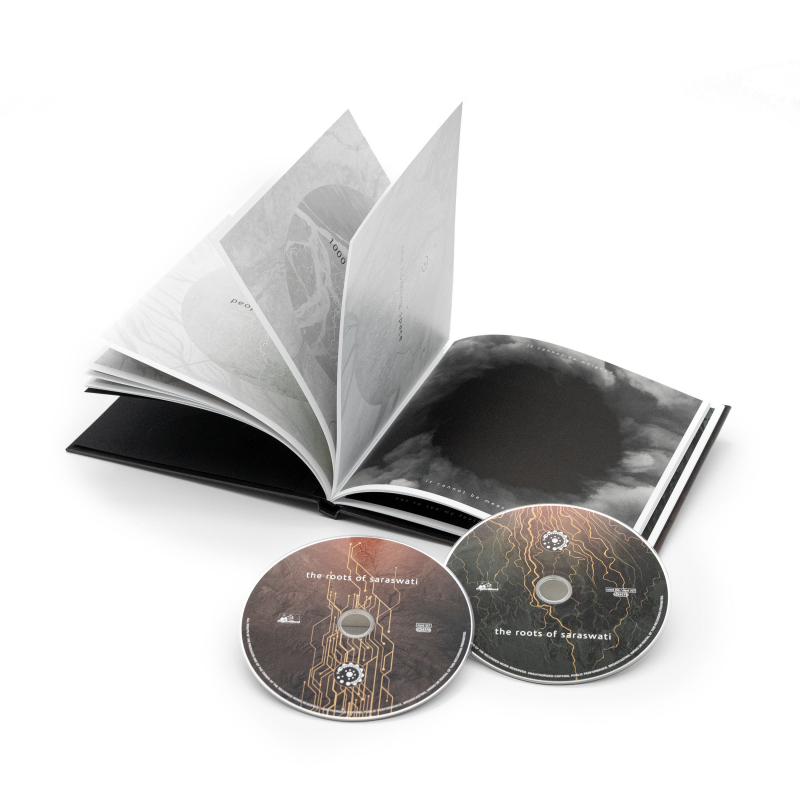 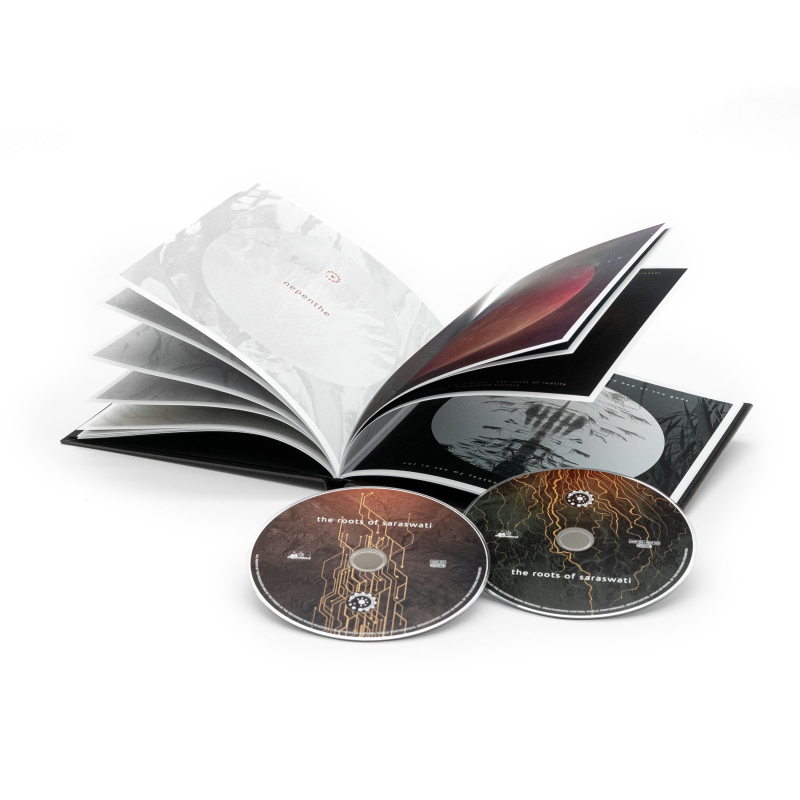 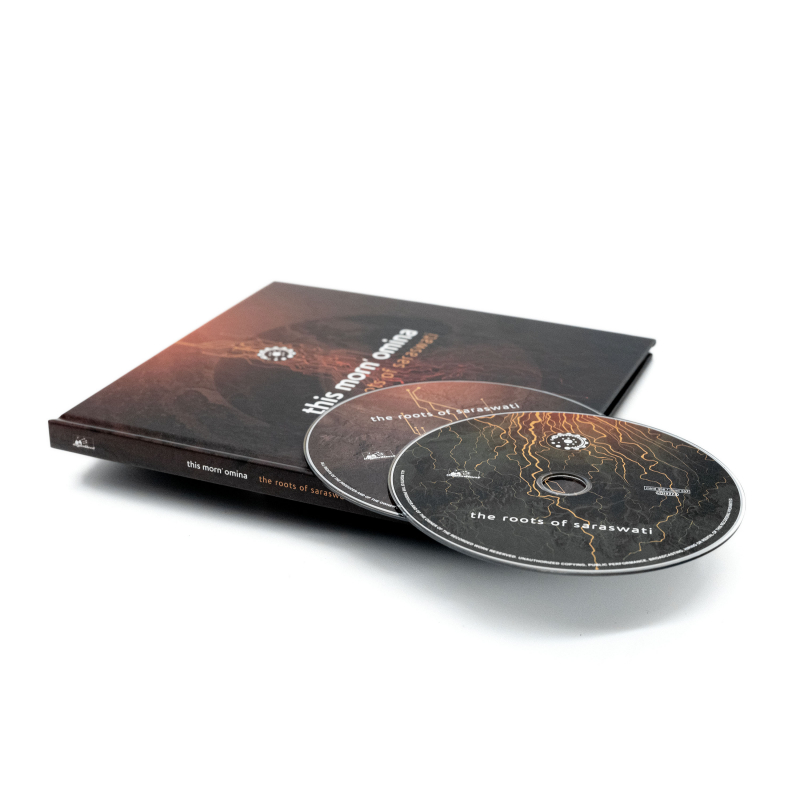