There is no Berlin Wall to defiantly dance on any more.

"We live in dark, confusing times and Covenant wrote an album about how that makes us feel. In a world that has stopped making sense, we need to learn how to see in the dark and "The Blinding Dark" is a triumphant embrace of the strength and resilience of the soul. It's the dystopian, unforgiving music of the reflective shadows we all carry within us, but often lack the courage to take a good look at. It's implosive instead of explosive, fueled by cold fury rather than a roaring fire, as beautiful as a collapsed star." (Joakim Montelius)
"The Blinding Dark", Covenants 9th studio album to be released on November 4 2016, is exciting not only because of its compelling title, but also since it shows a remarkable development in style, something that Covenant decidedly wanted to do with this record - and not least thanks to the subject matter they address. The Swedish/German outfit has perhaps just delivered their artistically most ambitious album yet.
Of course, dancefloors will still shake during tracks like "I Close My Eyes", "Cold Reading" or "Sound Mirrors", yet the album focuses rather on the suppressed tracks of subtle darkness such as"Dies Irae", that fuses Kraftwerk, Carpenter Brut and Leonard Cohen with the medieval Catholic requiem mass, or the Lee Hazlewood(!) cover "A Rider On A White Horse", a 1977 country music anthem that was transformed into a sombre electro requiem duet with shamanistic drumming.
The advance single "Sound Mirrors" already insinuated that Covenant are delving more deeply into their subject matter than on previous albums: Said sound mirrors were anti-aircraft installations made of concrete along the British coast between WWI and the mid-1930s, serving as a parable on the panic and denial of the tide of refugees that is manifest in Europe, including Covenant's home country Sweden: However, the prophetic lines on the advance single were only the introducing chapter of this album, which is wholly dedicated to confronting the dark side of the individual self.
It's also a new chapter for Covenant. The trio that became a quintet (featuring Andreas Catjar, Daniel Jonasson, Joakim Montelius, Daniel Myer and Eskil Simonsson) hasn't sounded this dark, moody and on target since their legendary 2nd album "Sequencer" 22 years ago. Yet there is nothing nostalgic about "The Blinding Dark". It steers like a probing Nautilus through black waters, straight towards the future, never looking back.

Welcome to the void.

The limited edition versions of "The Blinding Dark" include the Psychonaut EP bonus material, that consists of up to two hours of unique instrumental music recorded at a private, live improvisation jam session as well as an essay by musician and book author Rodney Orpheus (The Cassandra Complex).

1. The blinding light
2. Death of Ideology
3. Death Of Identity (excerpt)
4. Death of Superstition
5. Death of Spirituality
6. Death of Belief 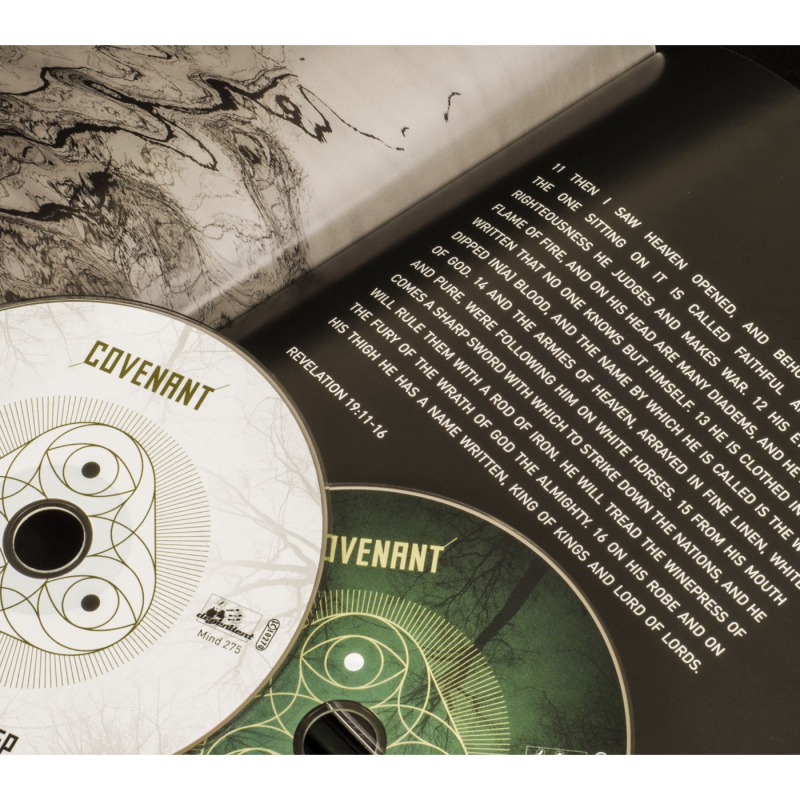