Volt is the soundtrack to the movie of the same name with Benno Führmann, the latest by German-Palestinian director Tarek Ehlail ("Chaostage"), which depicts a dystopian future police state. The creator of the music: Alec Empire, head of Atari Teenage Riot and the ideal artist when it comes to radical, dark electronic sounds.

Both movie and score are based on countless dualities such as day and night, group and individual, all of which Empire has put to leitmotifs. He took minimalistic approach similar to John Carpenter for "Escape from New York". "I like subordinating to the mood and pace of a movie. There was no other way to blend this dynamic music between extremely low passages and loud eruptions into noise with the film scenes. Of course, this means working fast, because as soon as editing the movie is finished, everything else must be done in a rush."

This is maybe why Empire's score for "Volt" sounds so coherent and narrative - just like a symbiotic acoustic accompaniment to Ehlail's movie as well as music that works even when detached from the drastic film scenes.
"Volt" is released on February 3 via Dependent Records. 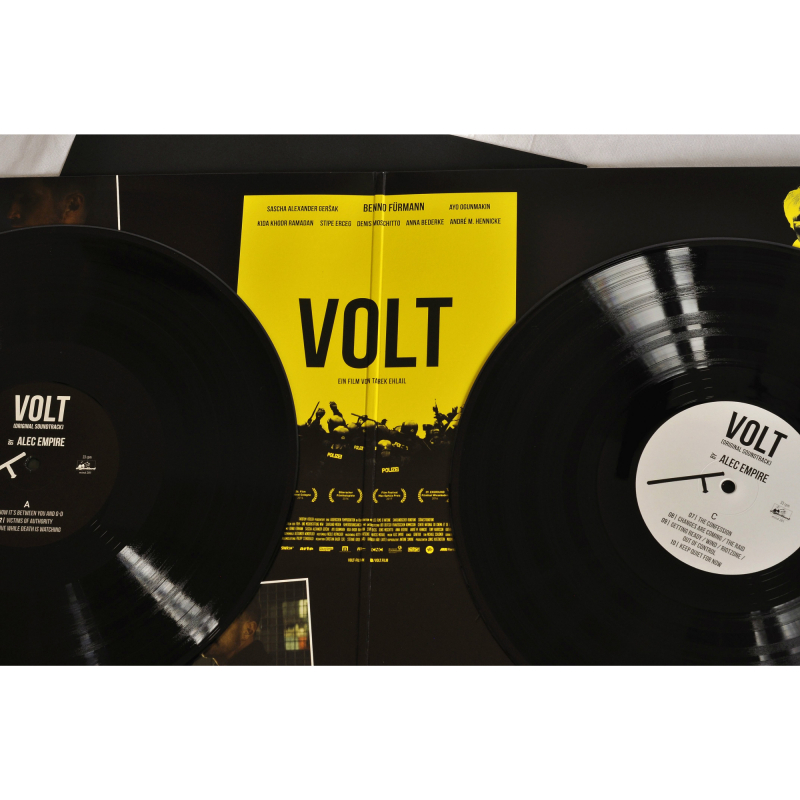